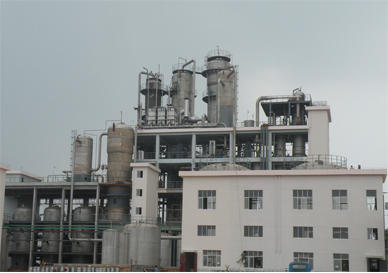 
Send email to us

The chemical formula of hydrogen peroxide is H2O2, commonly known as hydrogen peroxide. Appearance is a colorless transparent liquid, it is a strong oxidant, its aqueous solution is suitable for medical wound disinfection and environmental disinfection and food disinfection. Under normal circumstances, it will decompose into water and oxygen, but the decomposition rate is extremely slow, and the speed of the reaction is accelerated by adding a catalyst - manganese dioxide or short-wave radiation.

The aqueous solution is a colorless transparent liquid, soluble in water, alcohol, ether, and insoluble in benzene and petroleum ether.

Hydrogen peroxide has a strong oxidation effect on organic substances and is generally used as an oxidizing agent.

1. Oxidative
(Lead white in the oil painting [basic lead carbonate] will react with hydrogen sulfide in the air to form black lead sulfide, which can be washed with hydrogen peroxide)
(requires alkaline medium)

The chemical industry is used as a raw material for producing sodium perborate, sodium percarbonate, peracetic acid, sodium chlorite, thiourea peroxide, etc., oxidizing agents such as tartaric acid and vitamins. The pharmaceutical industry is used as a bactericide, disinfectant, and oxidant for the production of thiram and 40 liters of antibacterial agents. The printing and dyeing industry is used as a bleaching agent for cotton fabrics and as a coloring agent for vat dyeing. Removal of iron and other heavy metals when used in the production of metal salts or other compounds. Also used in electroplating baths to remove inorganic impurities and improve the quality of the plated parts. Also used for bleaching wool, raw silk, ivory, pulp, fat, etc. High concentrations of hydrogen peroxide can be used as a rocket power fuel.

Civil use: to deal with the smell of the kitchen sewer, to the pharmacy to buy hydrogen peroxide plus water plus washing powder into the sewer can be decontaminated, disinfected, sterilized;

Alkaline hydrogen peroxide production method: a krypton-containing air electrode for producing alkaline hydrogen peroxide, characterized in that each pair of electrodes is composed of an anode plate, a plastic mesh, a cation membrane and a helium-containing air cathode, at the upper and lower ends of the electrode working area. There is a distribution chamber for entering the fluid and a collection chamber for discharging the fluid, and an orifice is arranged at the fluid inlet, and the multi-component electrode adopts a limited dipole series connection method to lengthen the plastic softness of the anode circulating alkali water inlet and outlet. After the tube is connected to the liquid collecting manifold, the multi-component electrode group is assembled by the unit plate.

Phosphoric acid neutralization method: it is characterized in that it is prepared from an aqueous sodium peroxide solution by the following steps:

(5) The steam containing H2O2 and H2O is subjected to fractional distillation under reduced pressure to obtain about 30% H2O2 product.

Write your message here and send it to us